Gary Fish established the Deschutes Brewery & Public House as a small brew pub in 1988 in downtown Bend, Oregon and named it after the Deschutes River.

Fish emphasized a community-based approach to his business, stating, “We want people to feel like this is, in a lot of ways, theirs.”

Deschutes now has a brewing facility with two brew houses, distributing its beer in twenty-one Western & Midwestern states. A Deschutes brew pub opened in the Pearl District of Portland, Oregon in May 2008.

Deschutes Brewery donates $1 per barrel sold to local and national charities and participating fundraisers through its cross-departmental community involvement committee.

Company giving ranges from environmental causes all the way to assisting kids in need through local service organizations.

A cross-departmental team of passionate individuals helps to guide community giving for the company, expected to top a quarter million dollars in 2013. 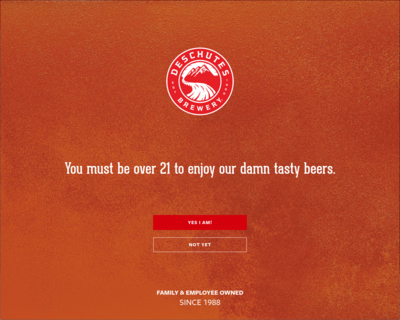